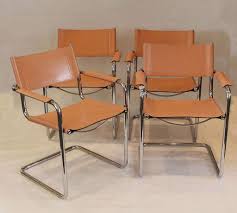 This book is dedicated to Terrence McKenna, who possessed a poets heart, and though I disagree on many points of sophistry…all perhaps…. save his sense of Wonder and dedicated service to that sacred art. May he dream strange dreams forever and adventure where he may! …For truth be told there is no such thing as never or decay.

This is chapter one for the book whose introduction you can read here: The Sketch of Sam Monroe

It’s an adventure story that eventually ends up in the jungle, inspired by Doyle, Crichton, Lovecraft, McKenna, and the true story of Percy Fawcett.

Disclaimer: Contains strong language and adult themes. It is not my intention to promote drug use. If you wish to partake in countries and states where it is legal and you are past the age of twenty-five that is your business. I choose twenty-five because that’s about the time your brain stops being all soft and squishy and before that happens you don’t need drugs.

“What the hell was in that?”

“He was foaming at the mouth….”

“Who knows what he took beforehand, either way, let’s not…”

At this point, a tall precise-looking man seeming to be about sixty years of age strode into the room.

It was a very odd hospital. One of those cramped country places. The little squarish chairs in the waiting room had that burnt orange look which reeked of the seventies. The metal bars beneath the armrests were cold on this Kentucky evening.

“I really can’t find anything wrong with your friend. Nothing biological anyway. I lack a lot of the instruments I’d need to do a proper battery of tests. Would you boys like it if I sent him off to Louisville? I have a driver on hand just for that purpose…”

“Well, right now he’s catatonic and I really can’t do much except run an IV and monitor his vitals.”

“What’s going on? I never really got a good grip on where you boys are from… I’ve never seen you in town. You don’t look like hunters, so are you campers, hikers what…?”

“Mmm…I know everybody in this town, even old Ira Basset….”

“Well, we keep to ourselves mostly….we’re…artists….”

“Oh, so you’re private sorts, prematurely retired from the wild world into the rustic Kentucky hills…”

“Yeah…that’s one way of putting it….”

“Or could this be it.” The doctor threw a small plastic baggy into my lap. The contents of which I instantly recognized.

I heard footsteps outside.

“Well, Officer Fabre looks like you arrived at the perfect moment. Have you ever seen guiltier men?”

“Heh, o they’re guilty all right…mostly of being the most stereotypical heads to ever walk the earth, and what’s that he’s got…” The barrel-chested officer’s eyes narrowed as he took in the contents I was awkwardly grasping between shaky fingers.

“Toss, it here, actually don’t….that’s cocaine…which isn’t very legal….” He had a slight accent that I couldn’t quite place. And his tone of voice suggested perpetual amusement. He began to jauntily swing a set of handcuffs.

“I found it on the patient.” The doctor said.

“So you did, Doc, but I gotta take somebody in, I’ve only got two cells, one of which holds Bubba, and he don’t find no sport in a body that don’t holler….”

The guy was fucking with us.

“Aha, yea…I mean I don’t have to be Sherlock fuckin’ Holmes to know that if you have coke in Foley…you’re a walking trust fund…”

“Are you just gonna accept a bribe like that!” The doctor exploded.

“Well, doc, did you like identifying Mrs. Belmont’s corpse very much, or that endless stream of rotted gums?”

“Yeah…one thing about Foley…The State of Kentucky…Uncle Sam…and even Jesus Christ himself do not give one solemn shit much less a penny to keep meth heads from shooting little old ladies. I need ammo, I need vests, I need to feed my dam squad, hell Patrick doesn’t even have proper boots anymore…so….does 15k sound reasonable?”

“WHERE do you boys have this kind of cash….” The doctor was incredulous. “Shit…you’re runners aren’t you!” There was something odd in the way that the word shit sat in the mouth of such a gentlemanly looking man. He was truly flustered by his suspicion to react that way.

“Nah….doc…they ain’t runners…they’re faggy little college boys…and I guess that there must be a god after all because they’re the fucking solution to my problem….”

It was at this point that Graham burst into the room with a wild look in his eyes. The IV hanging in an awkward grotesque sort of way from his left arm. He gazed directly at the cop with the most unnaturally sardonic expression I’ve ever seen. It made my blood run cold.

Graham stood there swaying from side to side just gazing directly at the officer. Then he spoke some other language. I guess it was French or something.

For a moment Officer Fabre was stock still. Then shrieking wildly he ran from the room screaming something like…

“Get back here you cowardly frog!” Doctor Pierce exclaimed at the retreating man.

Then regaining some of his composure he said,

“What the hell am I going to do with you fucking kids!”

← Bach and ‘Mental Hygiene’ (Vlog)
Is Twenty-Seven the Perfect Time to Start a Band? →