The Sketch of Sam Monroe – Chapter 1.6 – ‘Is there anybody out there…’ 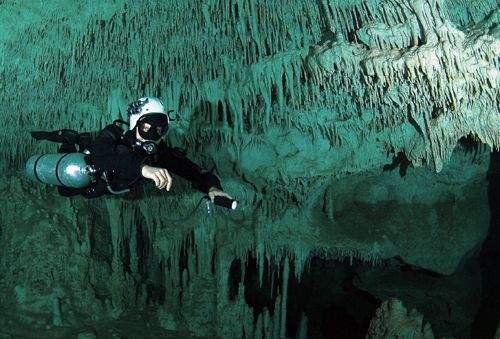 It always felt like bursting into another world. The only sensation I could effectively liken it to was cave diving. Something I’d done once on the dime of Lucas’ dad.

The thing was like swimming through some narrow submerged corridor, and bursting into one of those vaulted dagger studded chambers that knew no light, save the febrile beam of your headlamp.

Luckadoo’s estate sat in a clearing in the thick woods denuded just enough to afford a modest yard.

I heard the sheriff’s car pull up beside us. We’d dimmed our lights ten whole minutes ago but the squad car illuminated the oak and stone walls with an officious glaring brightness. Lucas hopped out of the driver’s seat and ran over to tell Fabre to cut it out.

He was back momentarily. We heard the sound of a cell phone. Pierce answered: ‘Hello.’

After a second. He put it on speaker.

“What the hell did you just blabber about, why should the lights be off, what the..”

“We need to secure the perimeter,” Lucas replied matter of factly.

“Secure, the perimeter, what are you talking about, listen…”

Lucas popped open his cell phone and tapped on the screen as Fabre’s protestation continued to pour from the doctor’s device.

Suddenly there was a very odd sound. One that bespoke suspense and familiarity at the same time. Fabre’s voice grew still.

Out in the sea of trees, as far from the reach of civilization as one could get in a global village, the sound of a THX soundcheck rang out through the valley.

Suddenly there was another sound, it was some simple spoken words, done in a sing-song chant to a certain pitch and rhythm, it was Roger Waters, “Is there anybody out there?”

Graham flipped a metal switch on the dash. The house, the yard, the woods, and what we could see of the lake beyond were illuminated by harsh glaring floodlights that may as well have been the noonday sun.

“Holy shit!” Fabre was apparently still on the line.

Lucas reached down beneath the armrest and pulled up a mouthpiece on a black coiled wire.

“This is Colonel Schmidt of LRD, Army Corps of Engineers, you are within a federal jurisdiction, you are advised to immediately beach all watercraft, and give a report of your position. Having done so you are to step into our immediate line of sight. The line of sight being in front of the vehicles. Drop all weapons and proceed with your hands held high. Be advised that we are authorized and capable of using deadly force.”

“What in the fuck…” Doc Pierce muttered under his breath, shaking his head.

I chuckled. It was always funny to see Lucas Schmidt with his surfer boy haircut deliver such stentorian tones. I suppose having an admiral for a father does make a difference.

There was a five-minute wait for a response.

“If you are military, federal, or law enforcement personnel, state your rank, file, serial number and purpose clearly. If you are within fifty yards of our position we will hear you. Do you copy?”

“I repeat, military federal, and law enforcement personnel, are advised to give a prompt and clear report of purpose and station. Failure to comply may result in disciplinary measures. We wish to avoid friendly fire but are authorized to engage, should the need arise. Do you copy?”

We waited five more minutes. There was no response.

Each member of our team put on headphones. I handed a pair to the doctor who complied wordlessly. Lucas ran out of the car with another pair. We heard his voice and the sheriff’s voice arguing through the doctor’s cell phone speaker.

Out of the car window, I saw Lucas’ screen shine dimly in the glare of the spotlights. Then the floodlights died.

Suddenly there was a pulse and a harsh shrill sound, that was thankfully muffled by the deadening in our headphones. You could feel it on your skin, it was like an air dryer, the pressure pushing the hairs on my arms in every direction.

The cars shook gently, the window panes rattling, the windows of the house also rattled, leaves and weaker branches fell from the roof and the trees.

I put away my flask and picked up a P320 from under the seat. The doctor shied away from me mid-process. I motioned for him to stay in the car.

Lucas opened the doctor’s door and extracted the Mossberg 500 off of Pierce’s lap.

Graham, Chuck, the Doctor, and the Sherrif had been pantomimed into staying put as Sam with his own Sig joined me and Lucas in a serpentine toward the door.

I punched in the keycode and Lucas dashed in sweeping the area. I tapped him on the shoulder and saw his flashlight mount head off to clear the eastern wing. I heard the door shut behind me and felt a tap on my own shoulder. Sam headed to the western wing as I made my way upstairs.

We then reconvened in the parlor to clear the basement, backyard, and dock.

The whole process took eight minutes. At every point at least one of us had a line of sight to the vehicles.

At the end, the sound died and we took up position one man prone on the front porch and two flanking the sides of the house.

Sam and I held our position with our sidearms at the ready as Lucas escorted the Doctor, the Sherrif, and our two civvie comrades to the door.

Once inside the rustic wood-paneled lodge with its gentleman hunter’s décor we felt the comedy of contrasts and laughed.

“That is one hell of an ADT system,” Fabre remarked.