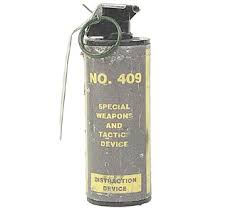 It was cold, and there was that pine dampness to contend with. I was glad that our guests were too stunned for words. I didn’t like talking while I worked.

Having carried the logs from the basement to the hearth I proceeded to light them.

“Don’t you boys have central heating?”

“It ain’t enough on a night like this,” Sam answered for me knowing my disdain for conversation during activity.

Luckadoo’s lodge was large. We sat in one of the most impressive rooms. The ceiling stretched twenty feet overhead. Five feet above the Buck’s head above the fireplace. There were the obligatory fox hunt paintings and animal skins about. Bespeaking the English pretensions of the moneyed classes of the region. Though, come to think of it Luckadoo actually was a Limey.

With the aid of a bit of kerosene, a roaring flame brought a humanizing cheer to the somber masculine poshness of the room. Our guests were sat in great mahogany leather chairs, while we occupied an assortment of beanbags and lazyboy’s that we’d brought to keep the antique, haunted vibe of the place from overwhelming us.

I reached under my seat and produced a flask.

“Jesus,” Officer Fabre chuckled. “A flask for every occasion? How many of them things do you got?”

“You’d better be glad he has those. You should see him au natural. Patience was never a virtue for Alan Baird.”

I always felt that people overstated the ‘problem’ with my temper. I simply had no use for the excesses and liberties most people thought normal. Generally, I’d let them know nicely, the first time.

“Oh, come on now, I’m a regular sweetheart,” I protested. “In fact, how about I get everyone a round.”

“A round of what?” The Doctor inquired.

“A round you’ll like,” I said rising to my feet and making my way towards the kitchen.

“Alan never disappoints in spiritual matters.” I heard Lucas say with a chuckle as I rounded the corner.

Almost immediately the voices of guests and companions alike were muted. Replaced by an eerie sort of silence broken only by the muffled cry of a nearby owl. The place was a nightmare from a security standpoint.

A coked up sorority with air horns for shoes wouldn’t be any less stealthy than a SEAL team. The stolid nature of the log and stone made the transmission of sound a near impossibility. It was preternaturally quiet. Like being in a well-appointed sensory deprivation chamber.

It got unnerving from time to time. Which is why I was glad for our motion sensors. But the two boffins we’d taken on board had forced me to minimize its use or risk another round of false alarms. I really wished that they weren’t high all the time. But I suppose that was part of the project.

Yeah, I’d bet we’d have caught our French friend if I hadn’t dispensed with arming the thing. Though I’m glad we hadn’t. This present situation was far less awkward than having to phone Langley. I might still have to make the report.

Despite the size of the kitchen it was as cluttered as the comically tiny one in the apartment I’d grown up in. None of us had the time or inclination to do much dish-washing. I really didn’t mind mess except that mess made it hard to know if something had been tampered with.

As I turned on the light and saw a few woodland roaches scatter over greasy pans I couldn’t help but feel that something was off.

I shrugged away the sensation as I stepped behind my minibar. I wasn’t an expert mixologist. I really didn’t care for overzealous bartending. A mint leaf here, a dash of vodka there, a good ice ratio… Really all the magic you need, provided that you were serving up the good stuff.

After pausing for a moment I headed to the fridge. A couple of beers or so would probably be welcome.

As I carried the tray out the door I could have sworn I heard footsteps. I paused to listen. It was probably my imagination.

As I headed towards the parlor I heard the unmistakable sound of falling silverware. I continued on my way as if I hadn’t noticed.

My friends were chatting merrily amongst themselves as I set the tray on a round oak table beneath a Tiffany lamp.

“Ach!” I said in as loud a voice as naturalness would allow, “Ach! I forgot the chasers!”

“Oh, don’t worry about it, that looks fine enough.” The doctor offered.

I shook my head and tapped Lucas thrice on the shoulder. He rose and produced something from behind a bookshelf.

Our guests picked up the funky vibe.

“Yeah, I always forget the damned chasers,” I said loudly as the conversation around me recommenced. “Hey, Lucas come help me carry the damned things. That’s the trouble I tell ya…”

As we approached the kitchen I switched to a no less enthusiastic but somewhat more subdued volume. “Yeah, how did you like that plum stuff from Serbia?”

“Was alright,” Lucas said just as we reached the door.

“Here try a shot of this before I put it back,” I announced. Pausing to listen.

I didn’t have to listen very long, for the sound of someone trying to open the kitchen door that led outside. A kitchen door with no keyhole controlled from a keypad in the hall.

Lucas handed me a small dark green cylinder. I removed the pin, and ever so lightly rolled it in the direction of the kitchen’s sole egress.

We moved away. As far away as we could. But not so far that we couldn’t hear coughing and swearing.

← TFJ Vlogs – Business, Data, and Law: The Case for Oversight
No More, No More (Poem) →