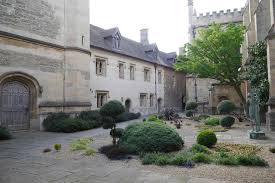 It was kind of funny. He just stood there holding the record.

At first, there was nothing but a faint crackle. The recording seemed to be fairly old.

Then a voice, sort of deep and dreamy, with an English accent, “Threes, and threes, and symmetries, folded here amongst the trees, whose roots run deep, let us attend and keep, the royal trane, pierce the veil of the mundane, drink deep from cup, and let’s go up!”

There was a moment’s crackly silence and then a resounding gong.

Then a woman’s voice, also British, “This cup is said to hold our dreams, but they are not, they are more real things, then the paltry schemes of geometry, bless and drink, with threes to free!”

There was something like the faint sound of slurping but mostly silence.

“Now laying back upon the velveteen divans we dream realities in lucidities of how reality most true belongs.”

There was a long silence. As per Graham’s instruction, no one interrupted.

“What tale brother, what tale do you carry, what story in the house of ought and was, have you acquired? Tell now, tell now, for it is most pressing, most required.” It was a different woman this time though no less British.

I’d heard Cambdrige, so by this point, I had figured that this was somewhere on that campus in England. Probably one of those little psychedelic clubs that had sprung up like weeds round that time. I held off on inquiring as per Graham’s request.

“I have dreamt of a strange reality, and now recount, what’s been seen, from divine vantage post trekking up the holy mount.”

“I’d awoken amongst a great leafy mess. All about me were strange primeval huts and a sort of garret. There was the impression of roads intersecting into the clearing of the vast forest I found myself in. Some primitive approached me. He was apparelled in the head and coat of a jaguar.

Now I noticed that all round us were many men and women of as a primitive a race as this their apparent chief who stood before me. He gazed into my eyes in a laughing sort of way as the lyric and highly musical chants of his subjects caressed our ears. Then it was that I conceived him as a vast bipedal jaguar with great yellow eyes. And the whole scene shifted.

I felt as a thought, rather than heard, the instruction. ‘This is how it was.’

I was standing in a vast city amongst citizens who strode its smoothly cobbled pavement utterly unshod. They were apparelled in light blue tunics that truncated just above the knee. In appearance, they seemed to be an odd admixture of races though the features were primarily European. The general color of their heads was a sort of reddish brown.

Great lights would ascend and descend in plazas and atop great pyramids in the Mesoamerican style. The general atmosphere was one of mellow ecstasy. Everyone seemed to be engaged in some vast purpose but without hurry or any of the usual trepidations of responsibility.”

Then the thought voice came again, “Then came the El.”

Again the universe shifted though not as dramatically. I was still in the same strange hoary city. There was however a myriad of subtle and not so subtle differences. The streets were rougher, the tunics were some sort of tribal wear, and there was a sick feeling of fear in the air. The atmosphere was so oppressive in some unidentifiable sense that I nearly wept.

I also noted that not only had the lights stopped ascending and descending but mixed in with the odd heterogenous folk of the city were beings of the most repellant aspect. Some were like vast anthropoid lizards with sickly cunning serpent eyes, others were like malnourished men of diminutive stature. The latter walked beside official-looking persons, seemingly instructing them, I say this because the officials would nod, and the ghastly things would point with their strange, grey, thin limbs.

I wanted to get out of there as quickly as I could. It seemed that something had felt my revulsion and decided on mercy. I was again sitting in the jungle clearing that I’d first found myself in. Though this time there were no people. There was only a large black jaguar, dreaming, with half-open eyes atop a stone in front of me.

‘You have seen what some in your Kalpa have called Agartha though of course, it is not in the center of the Earth! Yes, you have seen the coming of the El! You have seen them… the mechanics of Set who affixes spirit into matter.

They have rebelled against their purpose and whispered strange things to your ancestors. A promise was made, a promise of false immortality, as if physic was so grand a thing, that one would wish dust to remain animate forever…!!???

The promise is of course sealed in electric blood, this gravity, the resultant black hole to put it in a metaphor more graspable for your primitive sorcerer’s brain, has set your story on its current trajectory. You must make a record of our meeting. For there is a purpose in this that is beyond your span.’

And so it was that I awoke upon the divan.