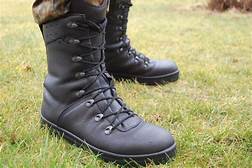 I often pictured him sitting in some lonesome prairie house on a dirt farm, even though his actual surroundings consisted of an array of blue, green, red, and yellow Christmas lights, broken up by buzzed or tightly bunned heads blocking the glow of computer monitors.

“Had an errand to run in town.”

“Did he review his role before leaving?”

“Yes,” I answered. Thornton was referring to the ‘story consistency checks’ we’d do, to make sure locals unbound by NDA’s thought that our periodic trips into town were just stops along the way between home and our relatives. We didn’t go into town very often so it worked pretty well.

“Needed a new PVC pipe, been having some plumbin’ issues.” I lied.

“Major Baird, you were provisioned with a full years supply of repair and maintenance tools and materials.” He called my bluff.

“Alright Colonel, alright, we ran out of Jack.”

“You have a very interesting job, Major. Why compromise it?”

“Interesting! Colonel, there’s nothing out here but owl shit and ghosts and believe it or not chemistry and psychology do lose their luster after coupla months. Even if we’re paid to trip balls. The hamsters get tired no matter how psychedelic the maze. Need the formula. The formula happens to be Jack…and we happen to be out!”

“I was not prevaricating sir.”

“Did Lieutenant Monroe inform you of the purpose of this call?”

I looked at Sam who now that I had had time for the fog of sleep to fully dissipate, looked decidedly nervous.

“There are three unauthorized parties on your premises.”

“Unless you’ve grown extra legs….” Thornton let his comment trail off into the air of a sarcastic question.

‘Shit!’ I thought as it dawned on me. ‘Shit! The damned strips! I’d forgotten the floors were coated with electromagnetic dust. Basically an electrochemical gumshoe affair. Right now he was probably looking at a computer readout on a screen in Langley or whatever godforsaken black site he was haunting.

“Target acknowledged, standby,” I said reaching for my cell phone.

I tried to use the app I’d written to lock the lab door.

‘Localhost..80…what….’ I tried frantically to wrap my mind around it… ‘fuck’ …. nothing was working.

God damn it where was my sidearm…

“Fuck!” I yelled under my breath as I ran to my bedroom.

Grabbing the Sig from the holster I wheeled around to Sam.

He was just standing there unnerved.

He just pointed upstairs with a pained expression.

The Lab was upstairs to avoid groundwater contamination.

“Fuck!” My whisper was loud. “Ok, just stay behind me, there’s only one man.”

“I know it’s cold, but it’s so sunny outside! We should hike to take the edge off.” I said as naturally as possible as we ascended the stairs. But no matter how artfully rendered a trick how precisely loud so as to inform but not alarm the intruder… Something to make him lay low enough to isolate, suppress, and apprehend him…it was too late.

I heard heavy footfalls coming towards us fast.

Thump, thump, thump, before I could raise my pistol in defense…before my “On the ground!” was anything more than an “Ahnn….” I felt a sharp pain in my gut, it was sickening, instantly nauseating, felt like that thing when you loop over the swing as a kid but fucking painful. I tumbled backward into Sam and we rolled down the stairs.

As I was getting up on my elbows and knees dry heaving, I saw a black heavy boot swinging at my face. Suddenly before the moment of truth, it was yanked away. Sam had gotten the bastards leg. I was still dry heaving and couldn’t help him. As I rose to my feet I saw Monroe get a vicious kick to the shoulder and he released his grip.

The man who I now noticed was large, unusually so, ran toward an egress that I knew was locked. ‘Gotcha bitch’ I thought to myself as I got to my feet tasting bile and readying my pistol.

He had some distance on me. But I could still hear him. As I rounded the corner to the door that led to the back porch I saw him produce something that looked like a taser. He zapped the electric door lock and threw his prodigious weight against it.

I could hardly believe what I was seeing. He was out the door. I fired. Missing in my pain and confusion…the bullet lodging in the doorframe.

“Give me the fucking gun!” Sam yelled coming up behind me.

I watched him run through the door after the man, firing carefully in doubles, but we were too late, the giant dove into a running dark green Ford sedan and was gone.