The Sketch of Sam Monroe – Chapter 3.0 – Inherit the Wind 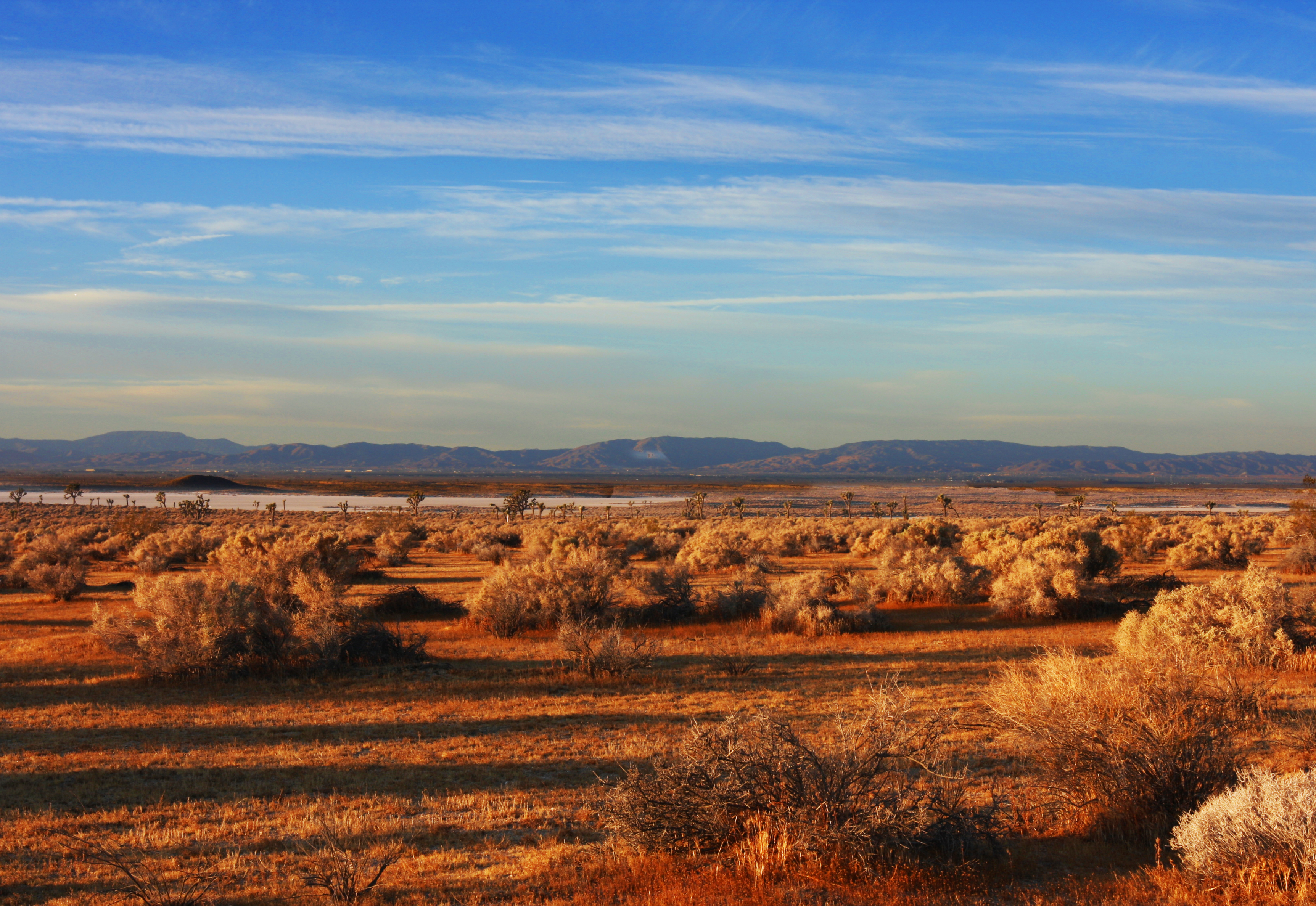 I scanned the horizon, photons, a gift of the brilliant noonday sun bounded off a line of low gently curving mountains into my retinas. There was exhilaration in the deep blue sky as it contrasted with the sometimes sandy, sometimes brown earth interspersed by scraggly brush, and the occasional Joshua tree.

Two weeks, we would be here two weeks, and this was day three. At least it wasn’t summer.

I glanced over at my comrades. They were all wearing the same loose-fitting gray-blue tunics that I was. Long sleeves, long leggings, these things offered the best protection from the fearsome star, whose rays though now cloaked by a deceptive balm of middle march, were nonetheless profoundly hostile to European hides.

We looked a bit like Eastern Ascetics. This wasn’t an accident. Our clothes were Chinese. The PRC was leading the way in desert tech. It was surprising but true. Surprising because this would be the expected forte of the Emirates or Israel but no. The pioneers lay further east.

The popular western conception of China doesn’t include the Gobi. We are inclined to picture bamboo forests, bustling ports, and emerald mountains. China being just slightly smaller than the United States is just as varied. There are many landscapes, many ecosystems, with widely varying weather and temperature ranges. Though a great part of the Gobi lies in Mongolia, the Chinese portion isn’t at all negligible.

The bustling ports of popular imagination aren’t incorrect, merely incomplete. They are the reason that China is leading the charge on desert dwelling. The specific reason being that these metropolises are too bustling.

Malthusian fears are common among bureaucrats. Such fears of starvation, conflict, and epidemic often lead to atrocious policies but sometimes the results are less dystopian. The idea of relieving the pressures of overpopulation by adapting to hostile environments is a laudable one.

Desertification was another grim reality. The Gobi was expanding.

It is less surprising that our climate adapted clothes came from ground zero of overpopulation given these facts. Though for now such advances were reserved for the elite there was hope that they’d ‘trickle down’ to the general population.

I turned around. I could still see the faint glimmer in the distance. The faint glimmer came from solar panels which sat atop the subterranean compound that Thornton and a dozen or so other spooks were currently haunting.

We were not far from civilization at all. The nearest city was a mere forty minutes away. My drive to school from my rural Carolina backwater took longer. Though I am not at liberty to disclose the exact location even after all these years, in what’s bound by most to be interpreted as a story, I feel inclined to point out that weirdness is always closer than you suspect.

It was ingenious really. Hiding in plain sight. The Mojave desert and the American Southwest is renowned for eccentrics. The area has drawn crackpots with more money than sense since Europeans first brought manifest destiny to the unsuspecting natives.

There was a nice, albeit architecturally quirky and Mojave adapted, upper middle-class home right by those solar panels. I could just faintly make out the top of its low lying roof as we’d gained a few feet of elevation since departing.

The home was owned by a rich Swede. Eskil Engman was the wildly successful CEO of the technical fabrics manufacturing company Wadmal, which he’d inherited from his late father. Eskil was actually eccentric. With a strong interest in Shamanism and Indian culture, Engman had built the place as a retreat where he’d meditate, align his chakras, and engage in all the other tell-tale signs of so-Cal pseudo-enlightenment.

In his defense, he actually acted on his philanthropist inclinations. For most of the year, the outpost served as a place where homeless youths were housed in the twenty or so rooms, as they underwent training to be reintegrated into society as code monkeys and various other trendy professions.

He was perfect. The place was perfect. Who would suspect that a desert home owned by a secretive Swede full to the brim of Nordic reticence was a hub of black ops juju? Especially since the place was listed as a nonprofit, foundation, type of thing, so if anybody snooped, showed up physically, took aerial photos, all they’d find was troubled youths learning Java.

There was just one hangup, given his heavy leaning towards the passive-aggressive neoliberalism trend of recent decades, he was very leery of anything even vaguely martial.

Thornton, the archetypal mild-mannered deceiver had gotten round this hangup by lying. According to the yarn, he fed the impressionable thirty-something blonde hippy, we were codebreakers. We needed use of his grounds as a cover to fool the Ruskies, the Chicoms, and various other enemies of yuppie sensibilities. He was made to understand that his little academy was a wonderful front that hackers would stumble onto as they were trying to ferret out our algorithms etc.

He bought it. He had no reason not to. He was busy saving the world. The kids were too busy trying to sneaky in dope, and the instructors too engrossed by gaming to make much of the ‘maintenance crews’ that would occasionally stay for suspiciously long periods of time.

I really didn’t know why we were out here again. We’d already done survival training, team building exercises, and even engaged in our own classified brand of new age esoterica.

I suppose that judging by Thornton’s cryptic last words we were still in need of some of the latter.

Right as we were departing on our trek, I’d pressed him on the matter once more, all he said was:

“You’re back here to learn the other meaning of ‘inherit the wind.’”