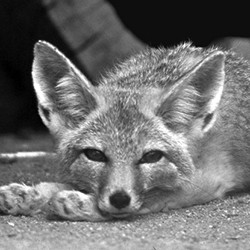 We dumped our gear all around the weird antique and set up our shade. The last few days were listless. Reading, dreaming, and silence, that was the trip.

We spent each night round the hole ridden tub. Impelled to be as near the thing as possible. Our four sleeping bags formed a neat little semi-circle round it.

I imagine that if someone had happened to fly by overhead they’d have thunk they’d stumbled cross some weird desert flower.

It was the whistling that did it. There was something in it. Some unspeakable allure.

We hardly ate and finished our daily assignments with desperate haste. All in the interest of laying round the brass flute and listening to its strange music. Drifting in and out of a bottomless somnolence that would take us from mid-afternoon on through to dawn.

I don’t remember what it was I’d dreamed. But I know it was profound. The memory of something monumentally important, something fundamental, still tickles the periphery of my conscience.

I do remember one dream, or whatever it was.

The fox came by on the second to last day just as evening had settled and just laid there a few paces off. Regarding us in its Sphinx-like way.

I don’t know if any of the others had seen it. As I’ve said we hadn’t spoken for days and seeing this familiar apparition was no cause for comment.

Then it spoke. It spoke as it had before, not aloud, but sort of in my head.

‘I suppose so,’ I answered. I knew the creature was referring to the chromatic light show that wove its way in and out of the holes with the wind.

‘O god, this old schtick! I thought I was past this mawkish infantile unity bit. Can’t I dream better?’

‘You really want to be original, don’t you? That’s the trouble with this crop. As if origin implies novelty. Does that make sense you utter pillock? Does it make any shade of sense that you should come up with some profundity – something you could call original – what does original imply? It implies origin – are you the origin?’

‘Well in some sense there is novel authorship. So I am the origin of novelty peculiar to me.’

‘And what made you capable of this then? You say you are the origin…’

‘No, I say that I am the origin of novelty.’

‘But then does novelty exist sperate from you? Did it exist before you existed? Or are you (laughingly) are you novelty itself?’

My mind was silent.

‘Lets have something different then. Something a bit more visceral a bit more limbic eh?’

With this, I was back in the dreamscape of that nap. There was the old man with his strings seated by the monolith in the jungle scene. Except this time I was not the sinewy youth. I wasn’t sure what I was at first, I knew that I was looking down at the pair, and I had a sense of great height.

After a bit, the youth and the old man’s chat ended. The former gathered up his strings and the pair disappeared out of my range of sight.

It was here that I’d realized I was a tree.

I spent some time musing about my predicament. I guess it wasn’t so bad being a tree. I felt solid. And despite being unable to move I had a calming sense of motion running through the ground beneath me, beneath the ground itself, my roots had inner motion, there was no need for an extrinsic walk.

Then she appeared. Her hair was such a raven hue that it felt in some sense blue. She was barefoot and quite devoid of clothes. I didn’t really feel any sort of lust. I was a tree after all. Though I did appreciate that she was beautiful and the flitting way she walked round my base was soothing.

She began to play a strange sort of flute. I later realized that the melody coincided with the whistling of the wind through the tub. But here in this place, it was not mere whistling but the sweetest music.

After the tune ended, she placed the flute on the ground beside me and disappeared back into the forest.

I was appreciating the warmth of the sun on my leafy crown and pondering what this all meant when I felt motion at my base. Then I had the impression of a vast speckled band writhing up my side. It wasn’t alarming, more like an embrace.

Suddenly, the scene shifted and I was in a very cold dim room in some rather itchy clothes. Graham was seated at a table next to a window through which some dwindling sunlight aided the candle atop an antique desk. He was wearing what appeared to be colonial garb. I was confused.

The man that looked up looked like Graham but wasn’t Graham.

All he said as he slowly raised his head was, ‘Hmm, looks like it’s some manner of vine.’

I don’t recall anything further.