Those unfamiliar with the Journal may wonder why a Russian with a Scottish surname has such a weird kink for Germany. Well, there’s Bach..and then there’s Schnitzel…!

A good friend  of mine finally reopened the Stammtisch he owns and operates with his mother. It has been around for thirty years if not more. I don’t have a picture of its first iteration but here is the second…with which I am most familiar: 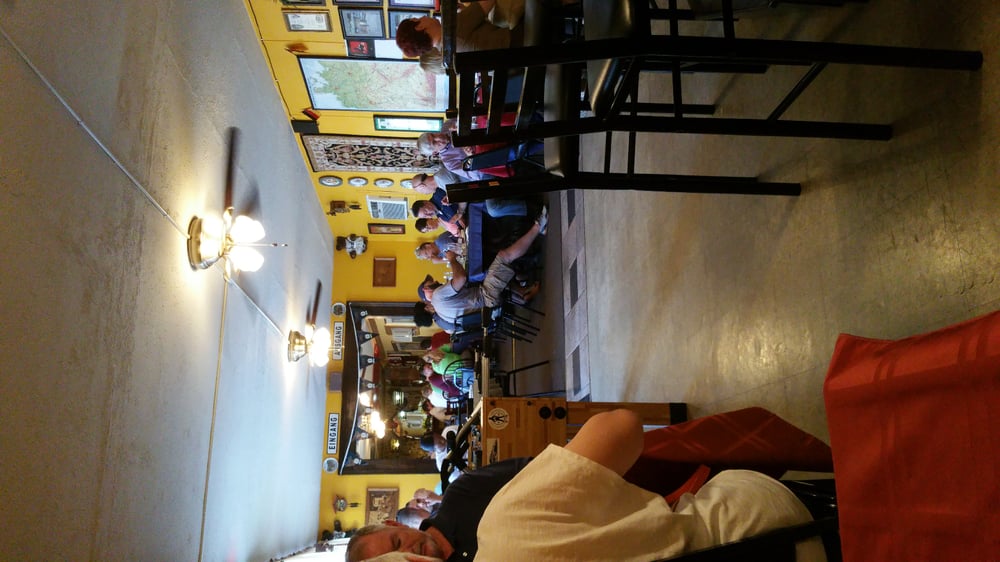 It was basically a converted trainstation or motel right behind a newly built strip mall featuring giants like Whole Foods and other yuppie delights. Considering this I’d definitely call it  a hidden gem. Very Gemütlichkeit!

I’ve helped out at the place before and loved it well…so it’s sad that the location and memories are now just history. But not too sad considering this:

Julia’s German  Stammtisch not only sports a swank new look but now offers several excellent German beers on tap! Today I enjoyed a Warsteiner lager and a Franziskaner Hefe-Weisbier Dunkel. This was their opening day and the  lunch hours so I may have well had the first if not one of the first sips out of the keg!

So if you are ever near the Midlands and need something that sticks to your ribs look up Julia’s German Stammtisch.

You may even run into a certain goateed fop having jam sessions and brews with the music loving restauranteur!