Is Now The Best Time To Be A Writer 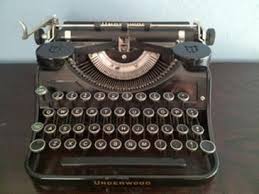 The modern day certainly isn’t romantic. You need time for romance. And the modern day is all about instant access.  So, it’s no surprise that sepia hued conceptions of lone desks in sparse rooms reeking of whiskey jar with reality. And this jarring leads some would be writers to whiskey without the licence of having written like Bukowski.

You may not dig Bukoswski. You may think my depression era vision of artistic struggle is cheesy (Confession: It is but cheese is yummy). But the fact that many feel that today’s over saturated market, desensitized readers, and short attention spans spell doom for spelling out literary vistas is undeniable.

The aforementioned factors are certainly there. Even though some may question the degree to which they’re present. They are there.

What does oversaturation imply? It implies a flooded market. What’s so bad about a flooded market? Well, aside from the obvious increased difficulty in getting traditionally published there’s the accompanying lack of funds due to a lethal combination of stiff competition and sheer static.

But, was it any better for Bukowski or Poe? I don’t think so. There’s probably a good reason both men were notorious alcoholics. A bohemian paradise isn’t one. Poe was writing at a time when literacy still played second fiddle to operating a plow. His market was small.

What’s worse a big market with lots of noise and asskickers or a small market full of aristocrats? I really don’t know.

I know that in Bukowskis day even though literacy had improved it still played second fiddle to assembling widgets at GM.  Also, no one had time for reading.

That’s my first set of reasons for the firm belief that today might be the best time to be a writer. Because, despite all the hot air about overstuffed schedules readers have more time than ever. As do writers.

So, we have unprecedented levels of literacy and people who have time to watch the Game of Thrones and The Walking Dead while checking in on the Packers game.

Yes, but all these things are numerical…qunatative. It doesn’t matter if there’s more potential readers if there’s no engagement. People who are distracted by Game of Thrones and top ten lists won’t be reading very deeply if reading at all.

This may well be the lament of those who wish to view the past in roseate hues. But, the truth as far as I can see it is that these shallow consumers have a shadowside. Lots of folks, many of whom are in places like WordPress, are fed up with reboots. They make the exact sort of complaints that writers make. They’re hungry for deep engaging content. And seeing as they’ve had the whole worlds literary cannon at their fingertips are well equipped to engaged with said content.

Traditional publication and revenue may be difficult and it was always difficult. In fact I think that better informed folks might be able to argue that making money as a writer was even more difficult in Bukowskis day.

Yes, it may have been more difficult and it may still be difficult but there are many more tools. And one big difficulty is easily taken out of the equation. Writers as far as I can tell – want to be read.  Due to technology and sites like WordPress this has never been easier.

This is a wonderful tool because it provides the invaluable insight of feedback. And there are many tools at the writers disposal. There are instant translators, internet dictionaries, just insane amounts of information about any given topic. Not only that but there are countless tools for organizing that information, for formatting, spell-checking, and editing your work.

I still flirt with the idea of the sparse room with the weathered keyboard. I flirt with it cause it’s sexy and it’s fun. But this little idealization of where real work and real writers happen is like most idealisations mere whimsy.

I’d conclude with something more concrete but I have to make my second cup of coffee before my shift starts.

Thanks for reading and don’t let the idea of being a ‘blogger’ keep you from writing.