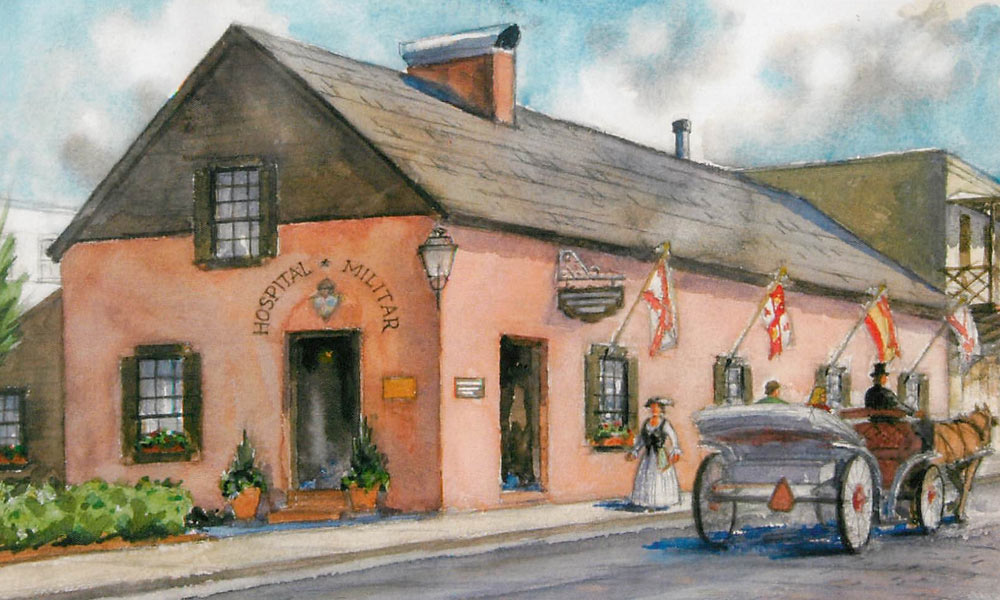 Something wet and foul registered.

My hand closed round a cold roughness as I yanked it from my forehead.

My eyes followed the motion panning left and to the floor. There lay a disgusting rag.

“Wake up you sloppy drunk! We have to leave!”

I was terribly confused.

“I saw them…spied them from the adjacent house…with your field goggles. There’s time if you’d just move!”

My mind was blank. My limbs were heavy.

“Damn you and your whoring!” Jones cried as I gasped from the cold shock of his buckets contents.

Slowly like a jigsaw the pieces were falling into place. I’d been chatting up some brown eyed number…Maria I think. There had been a liberal amount of wine. Yet, not that liberal.

Not to drive me to this. I felt like wood. Verdun was kinder.

He yanked me onto cold marble. I was always surprised by the strength his gangly frame possessed.

I registered a sharp boot in my ribs.

“You’ll thank me…there’ll be worse if you don’t hurry…they’re going to bleed us Hamilton.”

I raised myself up to my knees, heart racing, vision blurred to behold a hospital room.

Acrid coffee was thrust in my face.

The hot tin cup burned but my hands were so numb that it barely registered. The taste made me wretch.

Though not as much as the vision my growing wakefulness afforded. Next to my bunk were jars of bile and blood.

“That’s not even a quarter of what they’ll take. We had to drain the poison.”

“They?” I inquired rising to my wobbly feet.

“Yes, those blasted Germans….the Black Lodge…she was one of their’s. That little treat she slipped in you drink was preparation…ritual garnish.”

“Schulze in Spain?!” I was incredulous.

I stumbled after him into the unforgiving glare of continental sun. Barely noting him shoulder a bayonet.

Scarcely had my feet alighted before the car began to move.

“Do you have your sidearm?”

Fred Jones shook his massive brow and handed me a cigarette.

“For what exactly.” My brain was still foggy.

The next items to fall in my lap were a heavy Mark I revolver and a box of matches.

“They might be possessed but they’re still Huns. It’ll take them a while to figure that I paid their whore better for your miserable life. Still, better to be ready now than later.”

“Where are we going?”

“Better New York than the grave.”

“Schulze is no reason to quit Europe.”

“Schulze is a finger of a hand that belongs to hefty arm.”

We drove on in silence till we entered the country and stopped at a farm-house. A somber looking Spaniard exited and exchange keys with Jones.

We switched cars and were back on the road again.

“While you were playing in the trenches I was doing liaisons.”

I was about to strike him when he interjected.

“Good! That’s exactly the sort of energy we need right now but don’t use it to mar the face that saved you from becoming Satan’s cocktail.”

He was right. But, I still didn’t understand anything.

“Where the hell are we getting the money to go to bloody New York?”

“I see. At least that’s intelligible. But, tell me what the hell does Schulze want.”

“We broke his toy…don’t you remember?”

“The shewstone? That old parlour trick prop. He tracks us to Spain…for a trinket!?”

“Serves him right. That wasn’t Gabriel that appeared in Hamilton Manor.”

I rolled my eyes.

“O, we have a skeptic. Well, then how do you account for your family’s seat sinking into the moors?”

Jones rolled his eyes right back.

“Tell me Sir Roderick….do all your families possessions suddenly hum and sing and sink without a trace into the soil?”

“Well, ok suppose I buy your voodoo story. What’s so sacred about a shewstone? How does it warrant risking health, wealth, and liberty…”

“He doesn’t care for the material. He cares for what we awakened. As rotten as he is…he’s not evil… but there are others in Germany and I’m afraid England as well…that very much are.”

“Let’s hope you can maintain that illusion. Believe me if the thing that Schulze wants to propitiate with your blood get’s a hold of your spirit you will.”

“Oh, come off it. You’re just eager for a holiday in the colonies and jealous of my success with Spanish ladies.”

“He can make another shewstone…this doesn’t make sense.”

“It’s not just a shewstone. There’s a reason the Bible warns about searching for signs and wonders.”

“You have to disabuse yourself of gnostic deceit. Matter is not profane. And there exist certain arrangements of matter that in the presence of great spiritual energies become conduits.”

“It doesn’t matter. I’m telling you there is a greater war a greater horror coming to Europe. Schulze only recently caught on to the intentions of certain parties within his order. Being the single-minded hun that he is he fancies it can all be put back into Pandora’s box by having us offered to the abyss.”

“What he doesnt’ understand is that he’ll actually be feeding it. And if he succeeds in our capture we will become keys to a far greater hell than is already inevitable. His puerile Prussian mind has completely missed the obvious tell. If those in his order that he fears are now backing his efforts towards our destruction shouldn’t that raise a red flag?”

I didn’t know what to say.

“I tell you man. I tell you that I saw them and they communicated. They painted so many scenes in my mind. I am awake. I do not fancy it. I am awake in a way that wasn’t meant for the sort of engine that a mortal brain possesses.”

I was again confused. “But I’m already awake talking to you..” I said as I felt a weight on my shoulder.

“Baird wake the fuck up. Nap time is over.” Schmidt said letting the full weight of my rucksack come to rest on my chest.