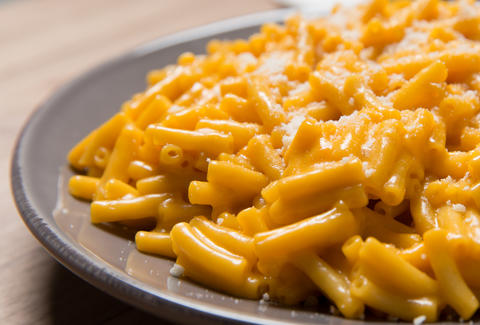 “I’m telling you what’s the best thing that you can do.”

“You think it’s knowing the signs of a subarachnoidal hematoma?”

“The best thing you can do is tell me what you are!”

“No shutup, shut the fuck up…it’s a rhetorical command…shhh…don’t move those suppositories  ya call lips…fuckin kiss-ass…don’t even think about it…”

“Cause I’ll tell you what you are.”

“You’re worthless, you’re powerless, you’re a fraud, and the sooner you realize that the less people in this death camp disguised as a hospital are gonna croak. ”

The chief resident pantomimed a vigorous jerk off session.

“Studied the sages under the seasoned? Yeah, well guess what they know? FUCK ALL.  And the good ones will be the first to tell you. But…hey…that doesn’t matter does it…cause you’re not listening…you weren’t listening then…and you aren’t listening now.”

“I mean Mrs. Bray has pneumonia! Why…? Acute stroke and now pneumonia. She wasn’t presenting any signs before. That means that’s hospital flora in her lungs! And how in the holy fuck did it get there?”

“Ahh uhh ahh uhh ooo….no dipshit it wasn’t you, or the nurse, it was entropy, the real God of this world. And you’d best bend that knee and kiss his ass cause that’s the only hope of salvation. You think these are machines we’re dealing with. You think that because we can reduce certain functions to a handful of variables…that we can control them. CONTROL IS THE FIRST ILLUSION!”

Ok, so I had a rather late start on my WordPressing tonight. This was due to a combination of music practice (I still suck but I realize how much so that’s progress), nerdy ass PHP lessons, weight-training, and dishes. Holy shit do those fuckers stack up fast. I might go back to bankrupting myself with meals at the pub.

Anywho. The above snippet is just something I pulled from my subconscious as I was pondering what to do with the Sketch of Sam Monroe. It’s completely unrelated to that novel but emerged as a sort of overflow from the aforementioned brainstorm session.

I suddenly recalled Antonio Damasio’s books popularizing neurology and his findings in that field. I remembered how he talked about the immense gaps in understanding that we have surrounding consciousness and even less intangible things.

This tied in neatly with thoughts that I’d been having about how we are all still children playing on the shore. The latter concept being something from a poem or something from a something. The source is not as important as the message.

Because it communicates that the world is indeed mysterious and our grasp of it is indeed tenuous. So maybe some reverence is due?

I know that entropy can be overwhelming. That the sense of the loss of control can lead to anxiety and depression.

But just like in Jujitsu sometimes in order to get out of the grip of your opponent you have to get closer.

So the moral of this story is that we should embrace the knowledge of our ignorance and not look to oracles in lab coats. Because the oracles only know a few more tricks than the average schlemiel.

This is not to poo-poo medical professionals and scientists but to merely acknowledge that they’re less magicians and more mountain-climbers who are subject to scrapes, slips, and downright tumbles into the abyss.

So hopefully I left you more entertained this evening than you previously were. And that maybe you found some food for thought in here.

While I’m here I might as well throw a few bones to fellow writers who are thinking about writing an actual medical drama and not just a cheesy writing exercise.

Check out these links I found while looking for realistic medical scenarios to use in fiction.

How to Use Facts in Your Fiction

P.S. I was listening to Elliot Smith, Jeff Buckley, and Mazzy Star while writing this. All very nineties stuff. The asshole chief resident is based on Dr. Cox from that 90’s acoustic radioshow called Scrubs.

P.P.S. Just to piss of atheists and Jesus simultaneously for using Jesus quotes on this Pascha while remaining a staunch heathen here is a verse that IMO really fits the mood of letting go to gain a profounder wisdom.

25 “For whoever wishes to save his life will lose it; but whoever loses his life for My sake will find it.

← Eyes on the East (Poem)
Brussel Sprouts vs. Actual Europeans →