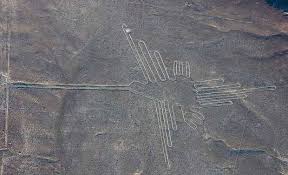 That tree wasn’t there. None of this was there.

I’d looked down at the trail.

I’d looked for only a few seconds.

Schmidt was behind me. Lucas just ahead. The sounds of our over-encumbered out-sized expedition echoed all around.

Now there was an eerie silence. Now I was alone.

It wasn’t very long before I emerged from the far sparser jungle into what I can only describe as a savanna.

The field of burnt high grass spread away into the horizon like some great reedy shag rug. Trees and clusters of trees occasionally breaking the beige monotony.

It wasn’t long before my tactical side took over. I retraced my steps. I avoided calling out. I began to look for high ground.

There really wasn’t any. So I decided to improvise. My best bet seemed to be a tree whose lowest branch was about eight feet off the ground.

“You can never have enough rope.” I recalled my uncle saying on a hazy Appalachian evening. That trip was over a decade old, that uncle was dead, found floating in the Colorado river. Maybe he forgot his rope. But I didn’t.

I tied a tent peg to one end of the cord and tossed it over the branch caught it and looped it over again. I passed the peg through the knothole and yanked.

Climbing with eighty pounds of gear was something we hadn’t trained for. Because it’s fucking stupid. But so was leaving my kit unattended in the Twilight Zone.

I was glad for the wisdom of bringing gloves. Though their original utility was to soften the impact of a machete handle they now became an indispensable recon tool.

After what seemed like centuries I hooked an arm over the branch and hoisted myself up using my torso. As I surveyed the rope below my dangling boots I cursed myself. I could have just hoisted the damned pack up first.

Well, it’s not everyday I hop between dimensions. That’s what was dawning on me now. Maybe this is where those weird Saturn fuckers were coming from.

‘What am I a theoretical physicist?’ I mocked myself as I realized that action was a higher priority than thought. I looked up.

Thankfully the next branch was within arms reach.

I shook my head at the realization that I’d only considered the first branch.

‘Dipshits luck…’ I chuckled at my good fortune.

The pack would be fine as long as it wasn’t on the ground. I hoisted up the rope and used it to secure the kit.

I reveled and rested for a bit in the sudden weightlessness of unencumberment. Then ascended.

I really had picked a good tree. It wasn’t very long before I burst above the canopy.

“Where the fuck is the jungle?”

The ‘forest’ that I had just been in was nothing but the largest patch of the trees in a savanna. I blinked in disbelief and glued the Nikon’s to my peepers.

It just went on and on. 360 degrees of savanna interspersed here and there by plucky patches of rain forest. It was like the Pantanal but on a grand scale.

That however wasn’t the greatest shock.

As I continued to pan I noted an anomaly drifting in from the west. As I increased magnification and focused I gasped again.

There in the indigo distance was a brilliantly chromatic balloon.