Tea for One (Short Story/Creepypasta/Original) 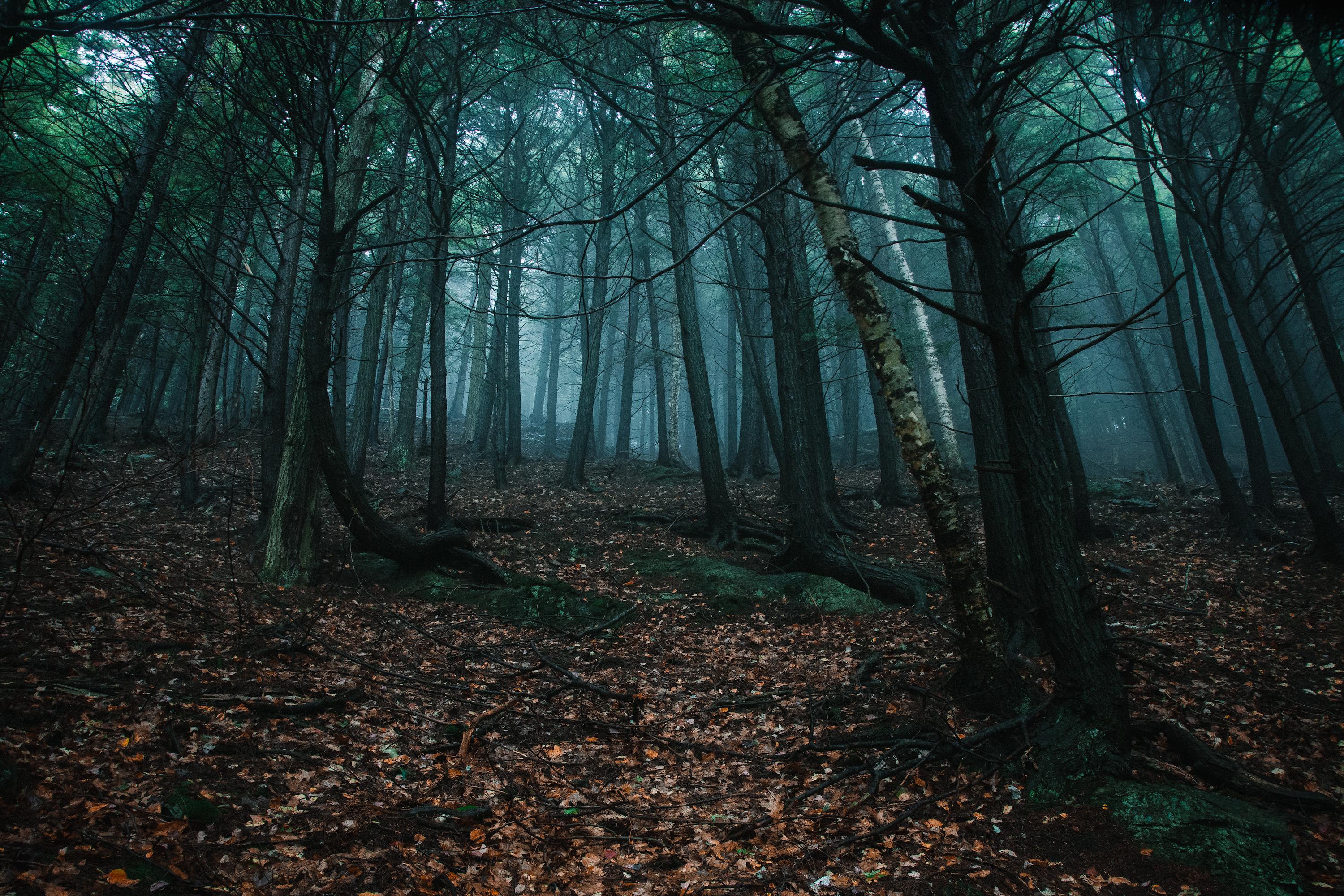 I felt the chill. Let it sink in. Now that the drunken shouts and laughter had decayed into murmurs, I was beginning to feel the night.

My fire provided warmth enough for the kettle that swung on a hook above it. I however was cold. And that is what I wanted.

Cold animates. It promotes alertness. I had cause for that.

The simmering had grown sufficient fierce and I brewed a tea blacker than any coffee.

It was as acrid and bitter as the Vermont chill.

I wished to explore the night. To cross that strange threshold that lies atop the stairs of darkness, solitude, and silence.

Yes, I was one of those odballs you and your frigthened friends would see strolling through the inky forest murk as if it were their living room.

As you see, I do get a touch smug about my ability to master our ancestral fears. Darkness, shadows, snapping branches, and loneliness these to me had become friends.

It was you I feared. You and your prosiness. The tidy severing of your nervous system from the stars. How you had forgotten to pine for things that the damp earth sings. How decayed your limbs, how soft your skin, how dull your senses had grown from burying through corpses of information.

To me the giddy laughter and cheerful bants of distant tents were but the squirming of so many maggots. Who were too content to feast on the great reeking suburban carrion that they called home to ever enoble themselves to become flies.

I apologize. I’m getting self righteous again. It’s just that it’s so bloody hard to find companions with my idiosyncracies. And I really am terrified of becoming a corporate orchid.

Despite my loathing I did not wish for that to happen.

What I witnessed that night was a fate I wouldn’t wish on my ex-wife much less innocent braindead leafers.

It was just past midnight that, sufficiently caffeinated, I let the cold bear me into the depths of the Glastenbury wilderness.

An hours hike had me craving some Cavendish. So, leaning on an oak I set about lighting my pipe.

Of course that’s when the leafers came.

I heard them from a mile away.

Some of you may be wondering why such a crumudgeon makes use of trails at all. You obviously don’t know Glastenbury. This is not the place to test ones orienteering. Though at the time I didn’t know just to what wild extent that sentiment rang true.

Sure, I’d heard the stories. But it was freaks, freakier than me, in lonely meth soaked cabins that I feared. Not some, well, I still don’t know.

“Oh, my God! Joey…you said you knew the way…” the shrill cadence of a Jersey shrew drilled itself into my brain.

There were some indistinct deeper murmurrings of protest.

“Hey! Do you guys smell that…” An older female with a southern drawl had caught the scent of my tobacco.

‘Christ.’ I did not feel like playing tour guide to lost city slickers.

Of course they didn’t have the good grace to cross my path after my tobacco was spent.

‘Can’t even finish a smoke in the woods.’ I shook my head.

“Excuse me sir.” A stocky Italian who I assumed was Joey addressed me.

“We’re lost….” Came the drawl as what I could only describe as a Waffle House waitress ran around Rocky Balboa to face me.

“Well…I said…” drawing on my pipe for an extra laconic ‘fuck you’ effect…”ya ain’t very good at it, missus.”

I cut her off by jerking my thumb in the direction I’d come from. “Trailhead…” I puffed.

“No, fucking way…” Joey exclaimed, as the women rolled their eyes.

I smirked with schadenfreude.

“No…no…something went on back there….they rerouted shit…I’ve been out here a thousand times with Roger.”

They hadn’t rerouted shit for years. This was Vermont, they had money, and they loved their woods, the trails were well kept, and well mapped. But, despite being a prick I wasn’t prick enough to feed Joey to his shrew.

“Hmm…could be…” I mused taking a swig of Bourbon to complement the leaves.

“You’re sure the trailhead’s that way…” Joey asked.

“As sure as I am that I didn’t just drop outta the sky.”

I was relieved that they didn’t stop to make smalltalk.

The dwindling sound of their conversation was music to my ears.

I picked up my ruck, wondering what the hell Jersey greaseballs were doing playing leafer, and ventured deeper.

Just as sufficient duration of quiet occurred for me to once again become one with the night. Yes, just as I was regaining the trust of the trees…I hear the shrew.

‘Unbelievable.’ And I meant it…there was no way for them to approach me from the same direction they’d come before. There were no side trails, and there was no way they had enough woodcraft to stealth their way past me through unmarked wilderness, in the span of a couple of hours…and why…

“It’s him!” The waitress cried.

Joey got uncomfortably close…and looked as if he was about to say something accusatory when he burst into tears.

“Woah.” I said. It was all I could say. I wasn’t being sarcastic. Woah, was right.

I handed my flask to the weeping dago and waited for him to regain his composure.

“I…I…told you…all of you..” he said wheeling around in a dramatic arc. “Something’s not right.”

Now I mentioned that it was cold. That that’s what I was looking for. But, now…this was downright meatlocker level.

He was right. There was something very wrong here.

The waitress started mumbling some Baptist prayer in between incoherencies about shadows.

I did what I always do when I’m getting freaked. I began to finger the silver cross that my dad had said was blessed by the Pope when some distant ancestor of ours marched toward Jerusalem.

I really to this day cannot tell you what transpired.

Something black, shadowy, and amorphous rose from the ground. Glinting obsidian in the moonlight it charged at Joey and pulled him into the very earth.

“Come on!” I yelled motioning for the women to follow as Joey’s head disappeared beneath the leaf strewn soil.

The older woman was slow. I heard her rustic cries of panic as whatever…the hell…pulled her down.

“Sarah!” The shrew cried out.

I yanked her wrist so hard that I swear I dislocated it. But, she did get the message and we continued running.

We didn’t get very far though. Because, just as we rounded a corner one of those shadow clouds popped into view…and we passed right through it…

The taste was metallic, and the flashes of weird suggestions among the inky, tugging, tingling mass was beyond any sane description.

I said…we passed…but that is not correct.

The shrew like her companions had been drug to whatever netherworld those things had emerged from.

A hiker found me the following morning clutching my dad’s heirloom. No one had seen the Jersey leafers. And the following weeks saw no reports of missing persons. It was as if they never existed.

All this could have been some sort of whiskey dream. But, I am not of an imaginative bent…

Did that bit of metal really save my ass?

And if nothing really strange had happened. How did I suddenly pick up French? 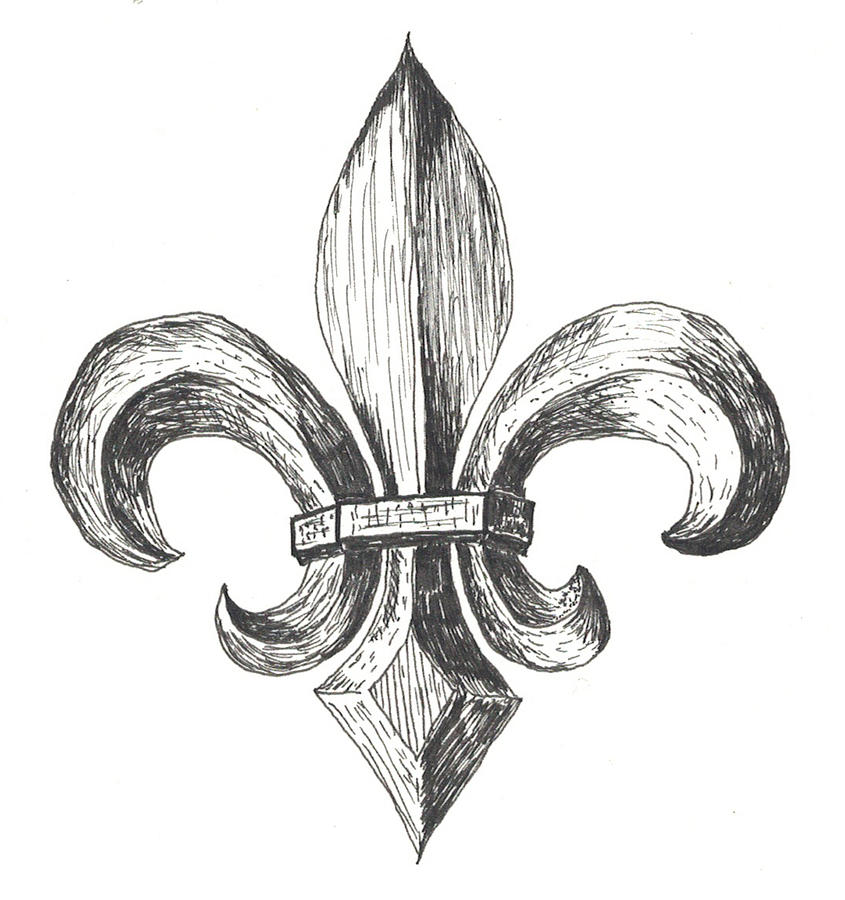